We help you utilize the Strokes Gained methodology to understand and measure the nuances of the game of golf that are otherwise difficult to capture. 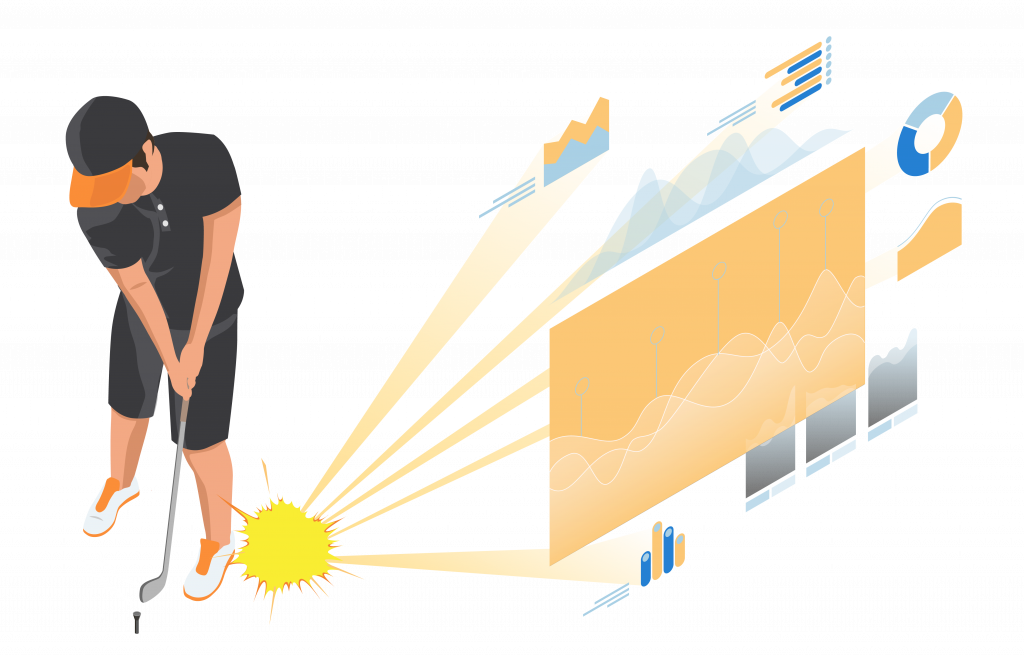 Strokes Gained is a very powerful methodology that will help you find the nuances of your golf performance that are otherwise very difficult to measure. The name is a bit misleading though, as you’re not always ‘gaining strokes’; a better definition in our opinion would be that “it explains your performance in relation to a set benchmark”. 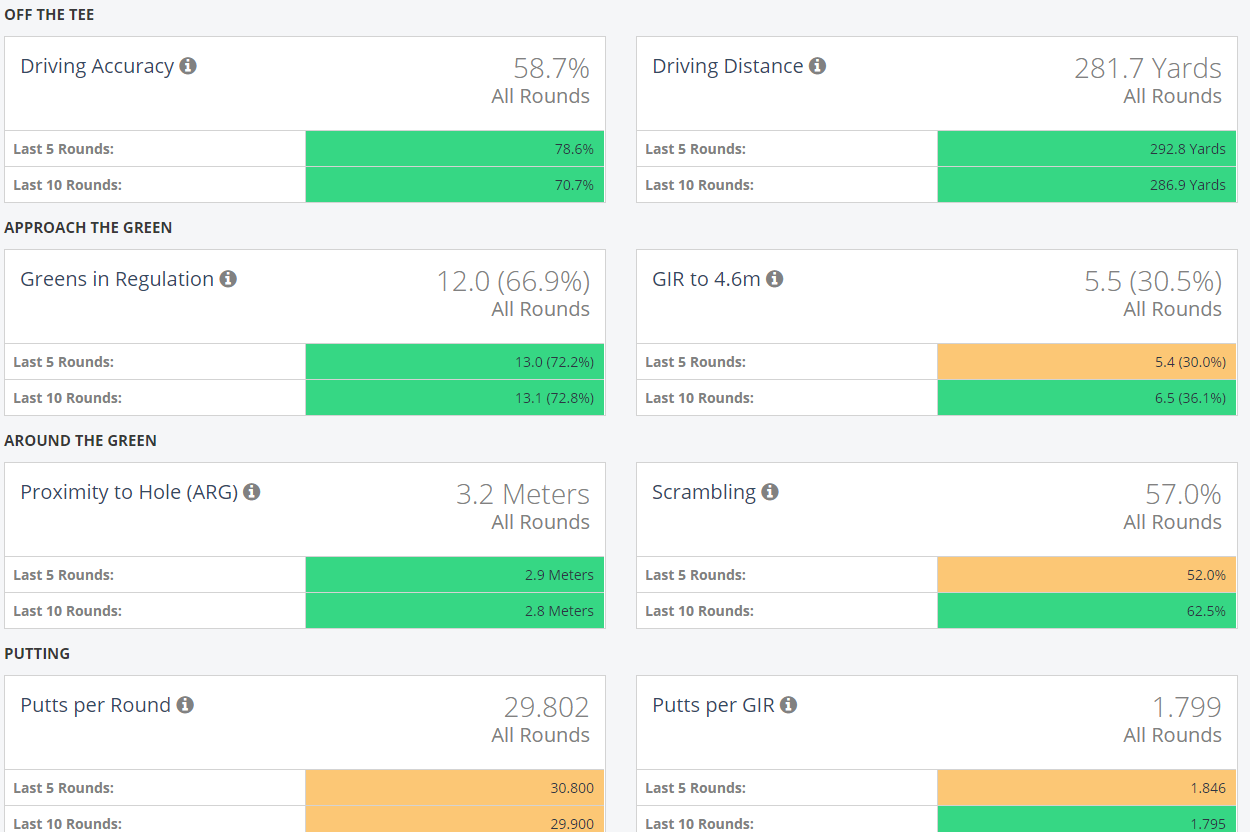 Traditional Golf stats, such as Greens and Fairways hit, Driving Distance and Accuracy, Sand Saves etc, are often affected by factors that aren’t intended to be included in their calculations. This makes it difficult to know what they are really measuring.

Using the Strokes Gained methodology, we can isolate and evaluate each shot on their own and compare it to a relevant benchmark. This means that we are able to capture nuances that are otherwise difficult to measure. 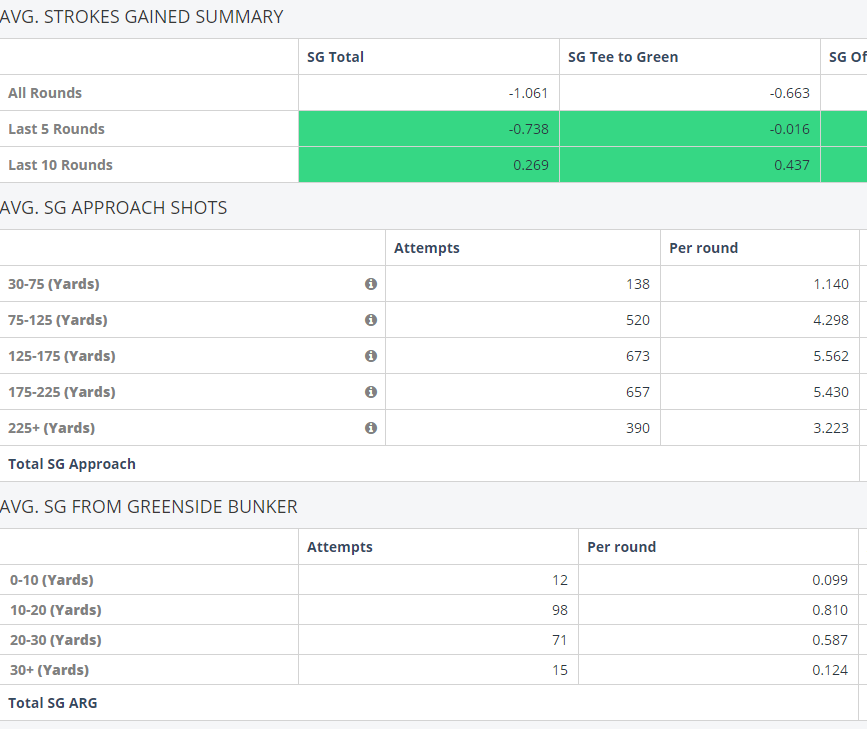 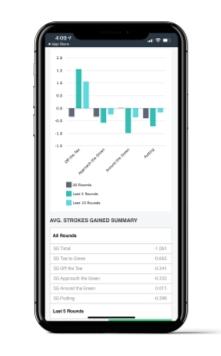 Strokes Gained Off the Tee vs. Driving Accuracy.

Driving accuracy is a binary stat, meaning that you either have a successful hit fairway or you don’t; it also doesn’t take driving distance into consideration. If a player hits pitching wedge off the tee on all holes, the player could easily hit all 14 fairways. But would that be good? No, because those tee shots would be very short. Driving accuracy only looks at whether the shot ended up in the fairway, and in this sense, a drive hit 100 yards on the fairway and one hit 300 yards on the fairway are worth the same – a fairway hit. Strokes Gained would assign a better value to the longer drive.

Another very important distinction is what happens when we miss a fairway. In the driving accuracy stat, a drive that misses the fairway by 1 inch is worth the same as a drive hit out of bounds – they are both a missed fairway. The Strokes Gained methodology would assign a way better score to the shot that misses the fairway by 1 inch, than the one that is hit out of bounds.

Counting putts is easy to do, but what do the results really mean? Is having 32 putts better than 36 putts? At first glance you may be inclined to say yes, but the fact is that we don’t yet have enough information to make an educated comment on which one was better. The key piece of information we need is the distance each putt was hit from. 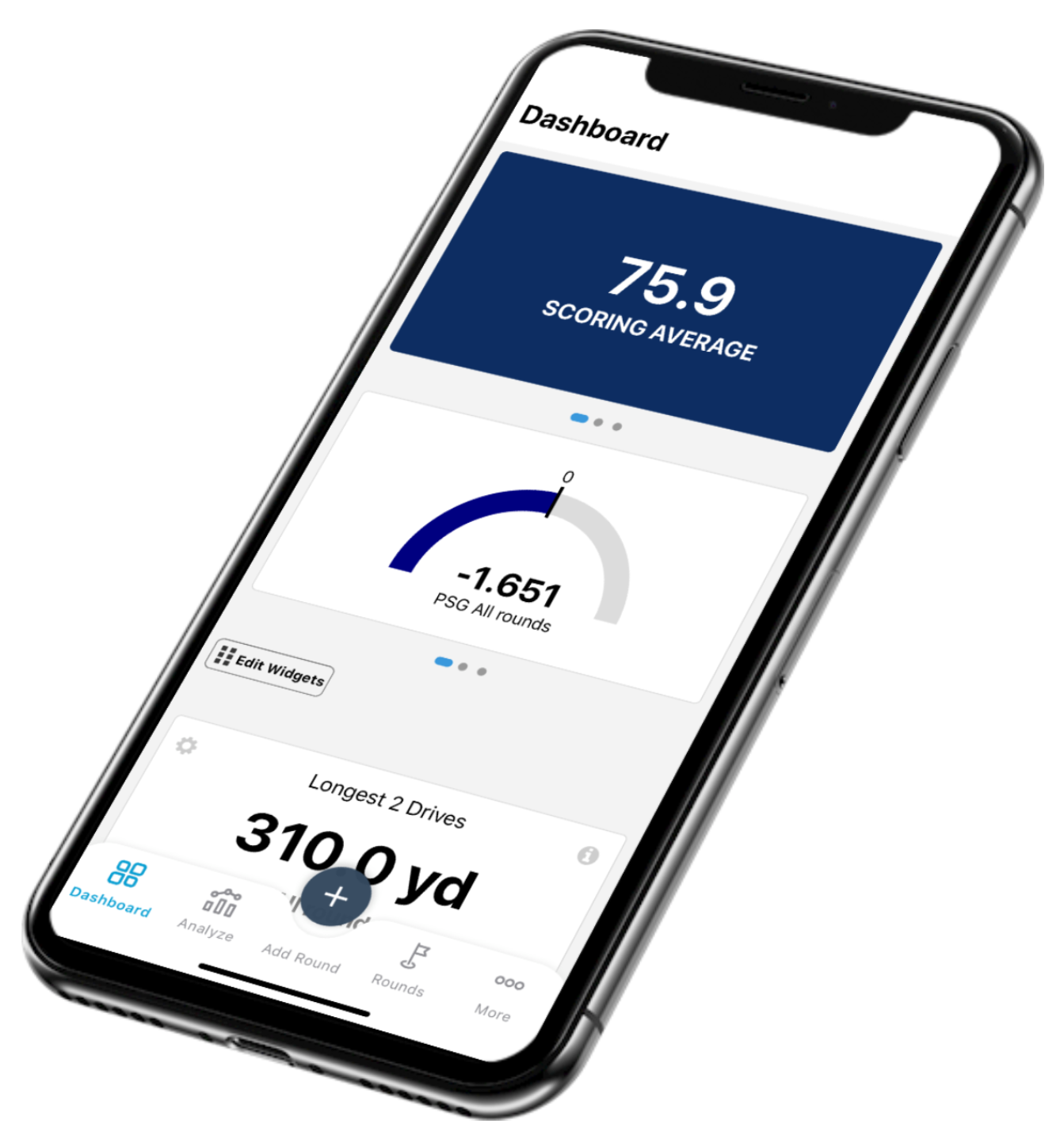 Traditional Golf Stats
What is Strokes Gained?
Strokes Gained
The difference between difficult and easy shots.