The difference between difficult and easy shots.

The difference between ‘difficult shots’ and ‘easy shots’.

This is part 3 of our ‘What is Strokes Gained’ Series. To view the previous blog posts, click here for part 1 and here for part 2.

Let’s take a look at a ‘difficult shot’. Most people would agree that it is more difficult to be in a bunker than being on the green. So what does that mean?

A difficult shot is more difficult than an easier shot because your ‘Expected Score’ is higher than it would be from the easier lie.

This is an easier shot. The 1 foot putt. Almost everyone that plays golf regularly makes this putt. Even beginners faced with this putt can often make this putt regularly. In our new way of thinking, this means that the expected score is very low; for an average college player it is around 1.002. We know this instinctively, of course: a shot hit to 1 foot is a lot better than one hit into a bunker – but in the modern way of thinking about this, we assign these shots their proper ‘Expected Scores’.

A ‘difficult shot’ is a more difficult shot because its ‘Expected Score’ is higher and vice versa. We should always strive for finding places that have as low an expected score as possible.

In Anova, we can look up our own expected scores: 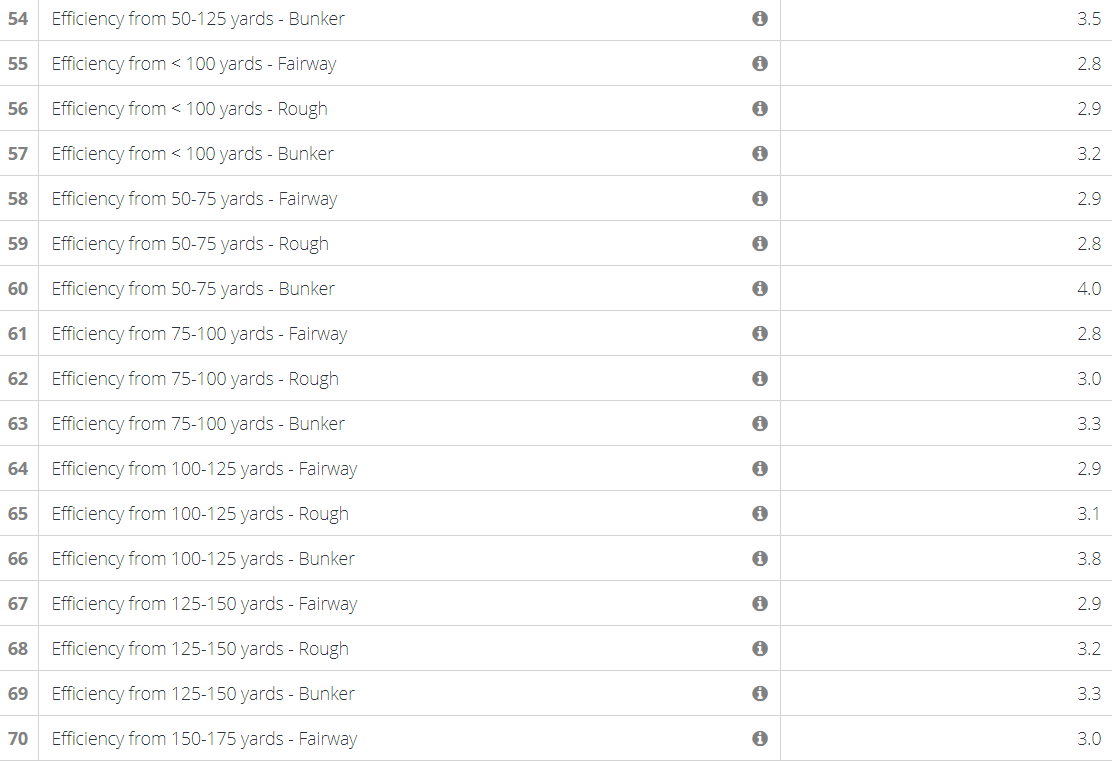 About the Author: Thomas Petersson

Thomas is a professional golfer and has played events on the European Tour, Web.Com Tour, Asian Tour, PGA Tour of Australasia as well as on PGA Tour China/Canada/Latinoamerica. He built Anova.Golf when no existing products could answer his detailed performance questions. The resulting information from Anova was astonishing: what he thought of as his biggest strength ended up being his biggest weakness.